Air Serbia, the national airline of the Republic of Serbia, will on Sunday, 31 March switch to the summer flight schedule, which will last until 27 October, 2019. 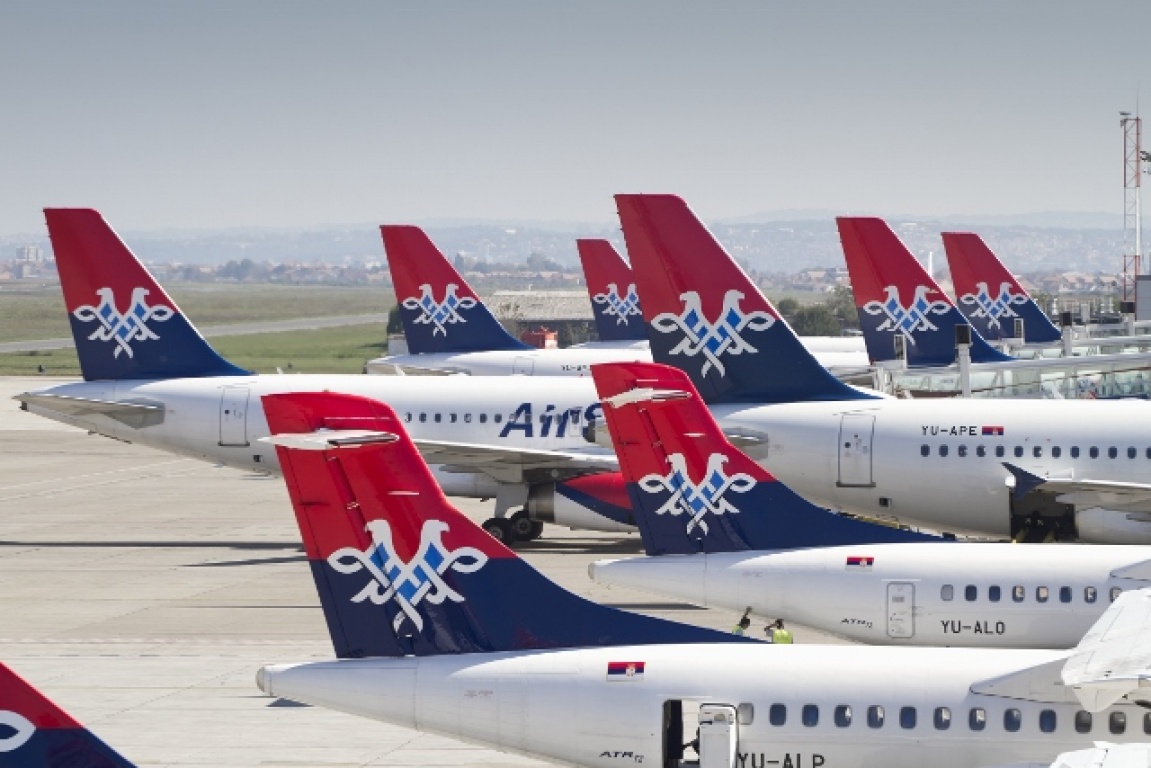 Compared to the previous summer, this year’s Air Serbia summer network has been expanded with as many as nine more destinations which garnered the most interest in the previous period. The company will operate three flights a week to Krasnodar, Helsinki and Kiev, and two flights a week for Madrid, Barcelona, Nice, Cairo, Zadar and Rijeka. In addition to that, the number of weekly flights to existing popular destinations will also be increased.

Tivat and Podgorica will remain the most frequent destinations with 21 flights a week, followed by Zurich with 19 flights a week, as well as two daily flights for Vienna, Thessaloniki, Paris and Athens. Among the other most frequent destinations are also Skopje and Ljubljana, with twelve flights a week, Zagreb with eleven, as well as Moscow and Amsterdam with 10 flights a week. Daily flights to Berlin, Sofia, Sarajevo, Prague, Milan, Frankfurt and Rome will be available throughout the summer season, flights to Larnaca and Dubrovnik will be available during July and August, Copenhagen and Stockholm from the beginning of June to late October, as well as Beirut during the summer months.

“We are very proud that we will connect the Serbian capital to as many as nine new cities in June, and expand our international flight network to a total of 49 attractive destinations. In accordance with the wishes and needs of our guests, the majority of the flights will be scheduled during the vacation season, to destinations which traditionally get the most interest,” stated Air Serbia's CEO Duncan Naysmith.

In addition to direct flights to the most popular European and international destinations, thanks to its codeshare agreements with prominent international airlines, Air Serbia will connect Belgrade with cities such as Abu Dhabi, Sydney, Melbourne, Singapore, Bangkok, Hong Kong and many others around the globe.