The Belgrade Philharmonic and Chief Conductor Gabriel Feltz are staging a musical picnic under the stars at New Belgrade’s Block 13, on Sunday, 24 June, at 8:30 p.m. 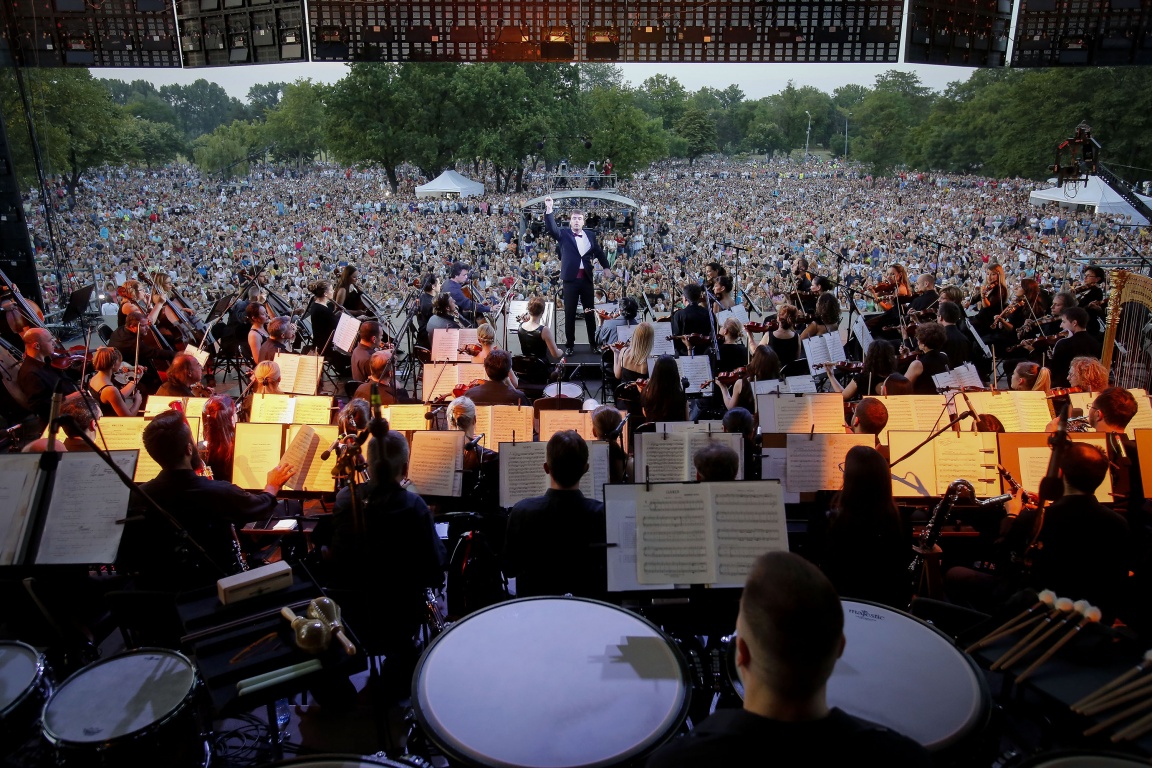 This second open-air concert will feature a spectacular audio-visual performance called “HD Odyssey.” The orchestra will play masterpieces of classical music accompanied by stunning images of the Earth and the Cosmos made by the National Aeronautics and Space Administration – NASA.

At the same location as last year, the Belgrade Philharmonic will perform for tens of thousands of people from the country and the region, under a huge video screen showing majestic scenes of unimaginably distant galaxies. First the orchestra will play Thus Spoke Zarathustra by Richard Strauss (as shown in the film 2001 – A Space Odyssey), and the exciting Short Ride in a Fast Machine by John Adams, accompanied by footage of the Earth. Then the Philharmonic will take its audience on a journey through the Cosmos, with images taken by NASA’s newest optical instruments, to Dvorak’s popular New World Symphony.

“The Earth” and “The Cosmos” are parts of an innovative film series called “An HD Odyssey,” which was performed for the first time by the Houston Symphony Orchestra and since has been a resounding success all over the world as an event that should not be missed. The Serbian public will be the first in Europe to see the “Cosmos” project.

Last year at this same time, the Belgrade Philharmonic presented its first open-air concert, which was also the biggest event of this kind in Serbia’s history. At a picnic, 30,000 people listened to hits of classical music, conducted by Gabriel Feltz and Zubin Mehta as special guest conductor. This year too, our open-air concert will be free of charge, as a gift to people from the entire country and the region.