Golija is one of the most beautiful and thickly forested mountains in Serbia. Its name is derived from the Serbian adjective golem, meaning “huge”, as a testament to its monumental size. Due to the extremely well preserved natural and cultural features, it has been included in the UNESCO Biosphere Reserve list. In the winter, visitors like to ski down the slopes of Golija, while its pleasant and warm summers are ideal for mountaineering and paragliding. To fully explore Golija, you would have to hike across its heights and traverse countless dense deciduous and coniferous forests. And then, after the long walk, when you climb Jankov kamen, the mountain’s highest peak, take a moment to bask in the view, which extends all the way to the mountains of Prokletije, Zlatar and Kopaonik.

During your stay on Golija, you will be surrounded by almost a thousand different plant and animal species. The most common among them is Heldreich’s maple, a species that survived the ice age and over time became a symbol of Golija. Because of the presence of almost 100 different species of birds, as well as mammals such as hedgehog, alpine shrew, lesser mole-rat, hazel dormouse, weasel, brown bear and wolf, UNESCO declared the area of Golija and the nearby Radočela mountain the Golija-Studenica Special Biosphere Reserve.
Golija has an abundance of rivers inhabited by freshwater fish species, including brown trout, gudgeon, grayling... There is also lake Tičar, also known as Dajičko lake, which attracts visitors with its curious triangular shape and huge variations between water levels during drought periods and rainy months. Another lake nearby is Nebeska suza (Heavenly Tear), which appeared after an earthquake in Romania in 1974. Thanks to its preserved nature, this mountain offers unique nature expeditions and survival programmes to its visitors. One of the most beautiful adventures for children and adults is an all-day walk through the thick forests of Golija, where visitors can gather wild strawberries and blueberries and encounter wild horses that freely roam the green pastures.

Skiing down the slopes of Golija is a true joy as they are thick with snow in the winter and visitors have easy access to modern and maintained ski slopes and lifts. Due to the favourable wind flow, Golija is also an ideal location for paragliding enthusiasts. At the site of Odvraćenica, the former mountain hut has been converted to “Golija” hotel, where you can kick back and enjoy a game of snooker, table tennis and table football. Mountain hut “Golijska reka”, at just over 1,400 metres above sea level, features a football field, small sports fields and a tennis court. Golija is full of well-marked hiking trails - although the hikes are challenging so should only be tackled by those with a good level of physical fitness. For a less challenging hike opt for a gentle walk along the well maintained 3 kilometer “health trail”, which is recommended to everyone, regardless of shape, age or vitality.

Golija abounds in cultural and historic landmarks, both on the mountain and in its vicinity. At the northern part of Golija, in the valley of the river Studenica, lies the eponymous monastery built in the 12th Century. This cultural monument of outstanding importance has been added to UNESCO’s World Culturate List.
In the village of Gradac there is a large stone cross, built in the 17th Century and decorated with early Christian symbols and letters. Not far from the village lies the Gradac monastery, built by the Serbian queen Helena in the 13th Century as her legacy. Cultural and artistic event “Days of Queen Helena” gather dozens of actors and musicians, as well as local dance and music assemblies. At the foothills of Golija you can also visit the Roman bridge, made of stone, believed to date back to the era of the Nemanjić dynasty, although its name would suggest it was built in the classical antiquity. 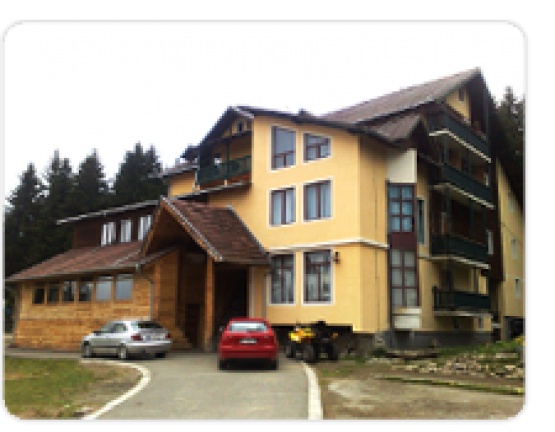