In the central part of Maljen mountain, at an elevation of 980 metres above sea level, lies the famous tourism resort of Divčibare.
This mountain oasis is less than 2 hours’ drive away from Belgrade and is a firm favourite both for family holidays and for school trips.
Thanks to its geographic situation, at the point where air masses from the Mediterranean and the Carpathian Mountains meet, its air is rich in iodine and its climate is mild and pleasant.
For four months every year, visitors to Divčibare can enjoy its very own winter magic with skiing, sleighing and Nordic running all on offer.The tourist amenities of Divčibare are not solely limited to the winter season though.
The moderately warm weather and lack of wind makes it ideal for enjoying the pristine nature all year round: you can climb the mountain, cycle or engage in sports at one of the many courts at your disposal.

Divčibare is known for its beautiful meadows rich in soft, lush grass and large areas covered by the most beautiful flower of the region – the daffodil – colouring whole stretches of the mountain’s slopes white.
On the green pastures of Divčibare, plant lovers will spot various herb species, including yarrow, belladonna, Breckland thyme, common wormwood and lemon balm.
The whole mountain is overgrown with successive patterns of coniferous forests full of white and black pine, fir, spruce and juniper and deciduous forests of birch, beech, ash and oak. In the summer months, beech and fir forests are blue with blueberries and, with a little effort, you may even find wild strawberries, wild raspberries and blackberries, as well as edible mushrooms, which often end up at local markets and on dinner tables during the season.The largest populations of winged game are those of Eurasian jay, rock partridge, grey spotted woodpecker, Syrian woodpecker and mountain nightingale. The mountain is also home to roe deer, rabbits, squirrels, boars and martens.
The Maljen massif is interspersed with many streams and brooks which are part of the river basins of the Kolubara and the West Morava. Particularly interesting among them is the river Manastirica, which springs under the “King’s Table” and forms a stunning waterfall, almost 30 metres high, known as “Jumper” (“Skakalo”).
This area also abounds in springs, the most famous of which are Žujan, situated in a vast wet meadow, Hajdučka česma at the Čubrica summit and Markovi čanci.

To get to know all the charms this mountain gem has to offer, you can explore it on foot, along one of the many hiking trails which lead to the most interesting peaks of Divčibare.
Hiking trail “Bitter Karst” is considered by many to be the most beautiful among them, because of its view down the canyon of the enchanting Crna reka (Black River). If you prefer your tour of the mountain to be somewhat faster, choose one of the cycling trails, which will take you through the most beautiful landscapes of Divčibare at a pace that suits you best.
At the very centre of Divčibare like the ski slope aptly dubbed “Centre”, which stretches along the northern slopes of the mountain for almost 600 metres. Because of its sharp incline, this ski slope is not suitable for beginners and is reserved for slightly more advanced skiers. A specific attraction of this ski slope is the view of the mountain ranges of Western Serbia from its peak.
And night skiing is an unforgettable experience – this is the only ski slope in Divčibare that is illuminated from the bottom to its peak.
Near the Zmaj ski resort and the Stražara summit there are three smaller ski slopes, ideal for beginners. During the winter season, there is also a ski school.
In the summer, the ski lift at Crni vrh operates at full steam, taking visitors for panoramic rides. Numerous basketball, tennis and handball courts also provide ample opportunities for fun during the warmer part of the year.

There are many monasteries not far from Divčibare: Ćelije built in the 13th Century, Jovanja, built in the 15th Century and Lelić, built at the beginning of the 20th Century. Step away from the daily grind and visit them for a unique, spiritual retreat.
One of the most beautiful cascade waterfalls in Serbia, Taorska vrela, is in the vicinity of Divčibare. While you’re in the area, we suggest visiting the nearby city of Valjevo. You can have a walk through the old town, visit the National Museum and numerous art galleries or hop to the nearby village of Struganik and visit the house where military commander Mišić, one of the most illustrious Serbian commanders in World War I, was born.
If you wish to experience something new on your holidays, we suggest a visit to one of the nearby villages for a taste of the charms that living in harmony with nature brings. In the fresh mountain air, you can enjoy natural, organically grown food, taste the strong local brandy called “rakija prepečenica”, enjoy walks through raspberry and plum orchards or spend time with farm animals.
Divčibare host various cultural and sports events all the year round. The Mountain Music Fest, which takes place in August, attracts many young people, who get an opportunity to not only enjoy great music, but also engage in sports such as zip-lining, yoga and CrossFit.
The unmatched healing properties of this mountain have been recognised by the Climatology Institute of Serbia, which declared Divčibare a “climatic health resort” in 1963. 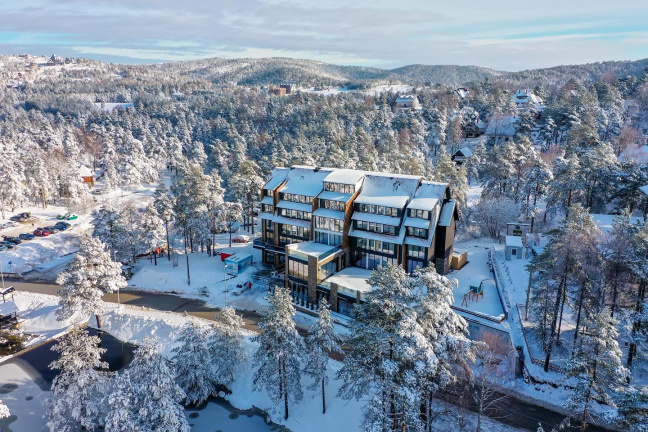 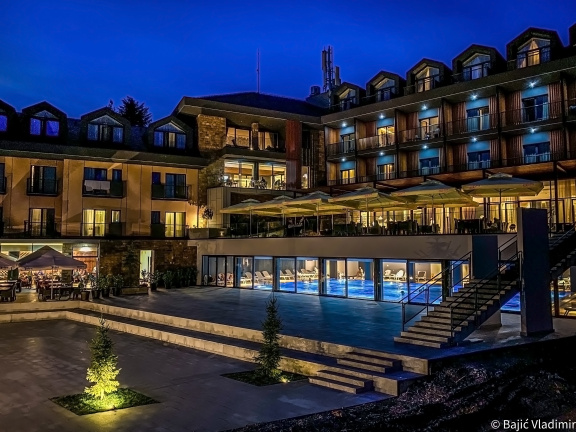 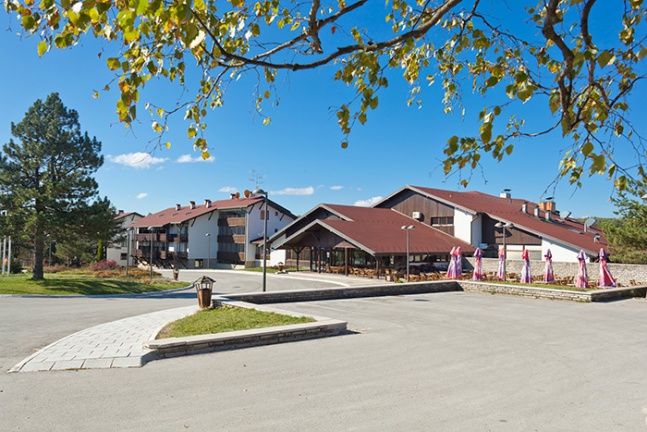