At the northernmost point of Serbia is a melting pot of the cultures and traditions of Serbs, Hungarians, Crats, Jews and many other Central and Eastern European peoples.Subotica was of immense strategic importance in the middle ages, as a town sitting at the border between two powerful empires, the Habsburg Monarchy and the Ottoman Empire. Today, it is a city famous for its unique architecture, delicious food, quality wines and the nearby lake Palić - a favourite picnic spot for Subotica locals and their guests.The spirit of multiculturalism, lavishly adorned buildings, budding hospitality industry and dynamic nightlife make Subotica one of Serbia’s most beautiful cities.

Subotica has often changed hands between countries and has been renamed many times throughout its history. The first ever reference to it dates back to 1391 when it was referenced as Zabatka. In the centuries since, it has had as many as 200 names!When it was granted the status of a Free Royal City within Austria-Hungary in 1779, the hitherto small settlement in the Pannonian plains received a huge influx of people of all trades (farmers, craftsmen, traders), both from nearby regions and from further afield in Central Europe.|
The surge in economic activity was boosted by the arrival of the railway in the second half of the 19th century, helping trade flourish all over the city. It was at this time that Subotica became a modern Central European City. After World War I, it became part of the Kingdom of Serbs, Croats and Slovenes, later renamed Yugoslavia.
The city, which remains home to several Central European peoples to this day, exudes an air of multiculturalism, visible both in its streets and in the local public houses and restaurants serving ethnic dishes. The laid-back atmosphere, the rich gastronomic offering and the numerous sports and cultural events give Subotica a unique charm which you will find impossible to resist.

Subotica is known for its unique architecture, most notably its many exquisite examples of secession, an architectural style that was in fashion in late 19th century Europe.
Dozens of brightly coloured buildings make Subotica something of an outdoor museum. The Synagogue and the City Hall, as well as the Raichl Palace, stand out for the richness of their colours and the complexity of their ornaments.
Evidence of the many peoples that have lived in this city can also be found in the large number of sacral buildings belonging to different religions. From the majestic St. Therese of Avila Cathedral and the Franciscan Church to the Synagogue, from the Serbian Orthodox Church to the Muhajir Mosque, each religious community has infused the city with new energy and enriched its visual identity.
On display at the numerous art galleries are works not only by the top Serbian artists, but also by those of neighbouring countries. Be sure to visit the Subotica Museum for a glimpse of the region’s most important archaeological and ethnological achievements as well as in history, art and natural sciences too.

Several minutes by car from the city centre lies the Kelebija Horse Farm, a true paradise for all equestrian sport enthusiasts. Here visitors enjoy horse riding, take a ride in a traditional horse carriage or watch a performance by the farm’s best jockeys.
Just twelve kilometres east of Subotica lies Ludaš Lake. Due to its diverse flora and fauna with numerous rare and protected plant and animal species and the unusual expanse that surrounds it, the lake has been designated a special nature reserve. Here you can enjoy hiking, relaxing and bird watching. Palić Lake, a favourite spot for outdoor activities in the summer months, is also near the city. The magnificent lake is surrounded by beaches, cycling and hiking trails and is ideal for holidays and recreation. You can rent a pedal boat or take a ride on a small catamaran on the lake. On the sandy beach of Palić, you can try your hand at beach handball, while the nearby sports centre features a thermal swimming pool with mineral water.
Palić Lake also hosts the European Film Festival, which screens the works of renowned European filmmakers. By selecting only the best that contemporary European cinematography has to offer, the European Film Festival on Palić Lake has firmly established itself on the map of distinguished international film festivals. Every year the festival welcomes thousands of visitors and hosts many of Europe’s top filmmakers.
Visit the Palić Zoo and enjoy watching more than 60 different animal species. Known for its beauty and immaculate upkeep, the Palić Zoo is greatly enjoyed by all generations. It also features a Baby Zoo, ideal for children, as well as a huge playground for older children to enjoy.

The range of Subotica’s culinary offering is a unique blend of cuisines of the different peoples that inhabit it. You can taste Serbian beans with sausages, the Bosnian Pot, the Bunjevac potato filo pie and many different fish and game dishes.
Hungarian dishes not to be missed include chicken perkelt and the numerous goulash and paprikash stews spiced with ground locally-grown pepper.
Complete your enjoyment of food with one of the local wines produced according to traditional recipes that have been passionately passed on from generation to generation. The grapes of the Subotica region grow in the sands left behind by the ancient Pannonian Sea, which gives local wines a distinctive flavour.
Those who prefer spirits should enjoy the fruit “rakija” with unique aromas and flavours including apricot, pear, apple and quince. 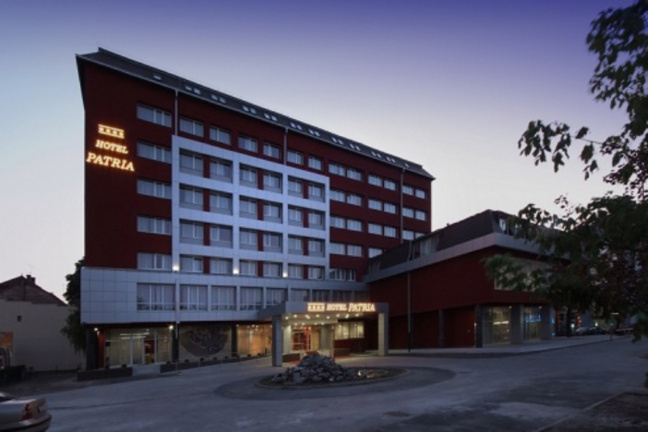 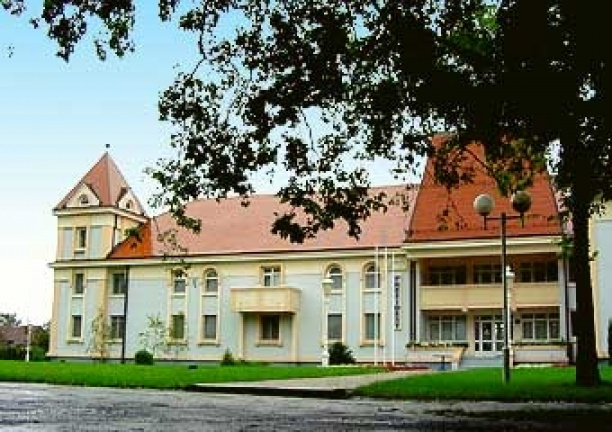