This city with a regal name, derived from “kralj” - Serbian for king, is situated at the very heart of Serbia, at the confluence of the rivers Ibar and West Morava.It attracts visitors both with its exciting history, traces of which can still be seen all over the city, and the numerous mountain resorts in its immediate vicinity and in the wider region. Mountains near Kraljevo include Goč, Kopaonik, Golija, Troglov, Čemerno, Kotlenik and Stolovi.
The best way to experience the spirit of the city and its sheer energy is to visit local events such as the “Merry Race” down the river Ibar or the Lilac Days.

While the city of Kraljevo used to be an important resting point on the trade routes between Dubrovnik and Constantinople as early as in the age of the Roman Empire, it was in the Middle Ages that it truly flourished.The fate of this city is inextricably linked with the fate of the Serbian royal house of Nemanjić, who ruled these parts in the Middle Ages. The first Serbian king, Stefan the First-Crowned, was crowned not far from Kraljevo, at Žiča monastery, while the main city square in Kraljevo today bears the monastic name of his brother Rastko, Saint Sava.
Once known as Karanovac, this city at the confluence of the river Ibar took its present name in 1882, when King Milan Obrenović ordered it to be renamed at the pleading of the local populace.
The present-day street layout of Kraljevo was designed in the 19th Century, when the round-shaped central square and the streets intersecting at a right angle were built, which would become two of the most striking and recognisable features of Kraljevo.
Perhaps the best time to visit the city is during the Lilac Days, a cultural event celebrated every year to honour Helen of Anjou, wife of Serbian King Uroš I Nemanjić.
Just before the wedding, the Serbian king ordered his subjects to plant lilacs all along the Ibar river valley, to remind the future queen of her home region of Provence.
Kraljevo also boasts one of the most beautiful coats of arms in Serbia. The city’s mesmerising coat of arms features seven crowns on a red throne, symbolising the seven crownings of medieval Serbian kings at the nearby Žiča monastery.

According to legend, Serbian Prince Miloš Obrenović personally drew the outline of the future city centre, with the main square and many streets, in a plain bowl full of sand. The design was brought to life in 1832 by his architect Laza Zuban.
The most striking feature of the central square is the Monument to Serbian Warriors fallen in the Balkan Wars, which has become a symbol of Kraljevo.
The oldest religious building in the city, the Holy Trinity Church, was built in the early 19th Century on the orders of Prince Miloš.
Kraljevo also has a colourful Roman Catholic church, originally built for the French experts who participated in the construction of the airplane factory in Kraljevo at the beginning of the 20th Century.
If you would like to learn more about the history of this city, visit the National Museum of Kraljevo, which displays thousands of invaluable historical, archaeological and ethnological artefacts and works of art.

Kraljevo lies at the confluence of the Ibar and the West Morava, with the smaller rivers Studenica, Ribnica and Gruža providing ample opportunities for fishing. In the summertime the water of the Ibar is pleasant and warm, ideal for bathing, boat rides, kayaking and canoeing.
Every year this river also hosts the Merry Race, when thousands of rafting enthusiasts gather to enjoy a ride, complete with music and good vibes, from the medieval town of Maglič to the city beach in Kraljevo.
The nearby Goč mountain offers plentiful opportunities for sports and recreation, from night skiing and day skiing to hiking trails and sports fields. Its ski slopes, suitable for beginners and experienced skiers alike, will give you the opportunity to enjoy the snow whilst honing your skiing skills, while basketball, volleyball, handball and tennis courts guarantee additional fun off the slopes during the summer.
The beginnings of spirituality in Kraljevo can be traced back to the distant past, as witnessed by the medieval monasteries erected in its vicinity. Žiča monastery was the first seat of the Serbian Orthodox Church when it gained its independence in 1219. As many as seven heirs to the throne were crowned in this monastery, and a new door would be cut in its walls to mark each crowning, which is why Žiča is still known by its nickname, “the seven-door church”.
Studenica monastery, an endowment of Grand Prince Stefan Nemanja built in the 12th Century, is a UNESCO World Heritage Site. The exterior of the church is made of snowy-white marble, while its façade, windows and portals are ornamented in the Romanesque spirit, earning this monastery a spot on the Transromanica cultural route of the Council of Europe. The interior of the church is adorned with richly coloured and exquisitely crafted frescoes, painted in the Byzantine spirit.

Kaymak, a creamy dairy product similar to clotted cream, is a staple of this region’s cuisine. This local delicacy is made by skimming a thin layer of fat from milk that has been simmering over a very low heat, adding a little salt and pouring layers of it on top for days.
Kaymak is also used for stuffing peppers and can be served with grilled meats or even trout. You can spread it on hot fried dough balls known as “uštipci”, eat it with buckwheat cornbread or simply enjoy the kaymak of Kraljevo in “gibanica”, a layer pastry made with cottage cheese and eggs, “cicvara”, a traditional dish made of corn and wheat flour or “ajmokac”, a creamy chicken sauce-stew.
Another distinctive feature of this region are the numerous sweet dishes made with a traditional jam made from “požegača”, a local plum variety. Plums are also the main ingredient of the local “rakija” however local varieties can include other fruits including apricots, quinces and pears. 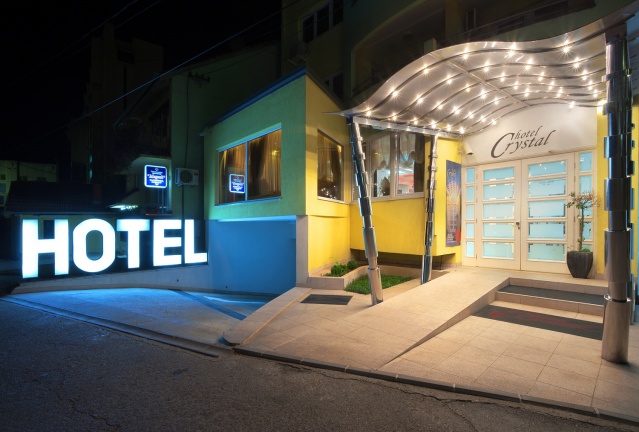 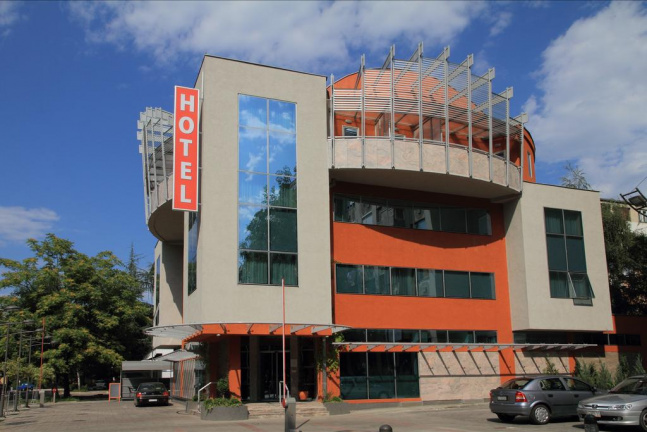 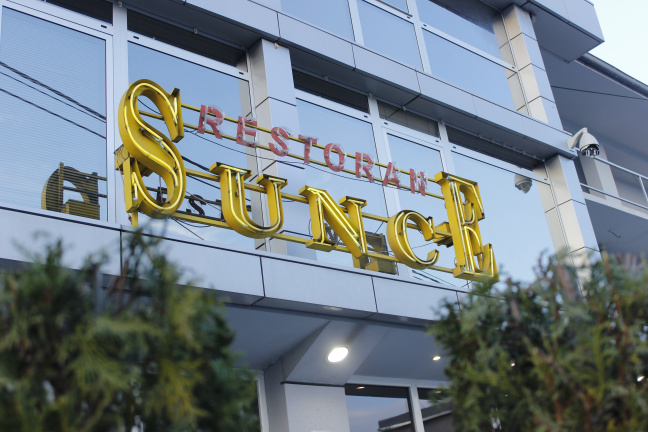