EXIT was crowned ‘Best Major Festival‘ at the 5th annual European Festival Awards, which took place at Groningen’s De Oosterport in The Netherlands last night. Festival fans from all over the world and the EFA jury contributed to EXIT’s win, beating 9 other finalists to the coveted title.

More than 360 festivals from 34 different countries applied to take part in this year’s European Festival Awards, and over 620,000 festival fans all over the world voted.

After the judges’ votes were cast, the finalists were revealed in December 2013 and EXIT was shortlisted alongside Belgium’s Tomorrowland, Pukkelpop, Dour Festival and Rock Werchter, Open’re and Woodstock in Poland, Sziget in Hungary and Gernany’s Hurricane/Southside and Wacken Open Air.

The award was received by EXIT’s strategic director, and one of the original founders Dušan Kovačević, who said:

I want to thank all of our fans who made this dream to come true. EXIT 2013 was very important for us in many ways. EXIT 2014 will be also be very special, as we will celebrate our 15th edition with hosting the festival in two countries, at the Petrovaradin Fortress in Serbia and at one of the most beautiful beaches at Adriatic Sea in Montenegro.

Some of you may know, EXIT is unique in the festival world, as it started as a student movement fighting for peace and freedom in Serbia and the Balkans. We believe that EXIT social responsibility is still important reason for our existence.

EXIT R:Evolution 2013 will be remembered as the most successful festival edition so far. It introduced the warm-up festival day, the number of visitors reached 200,000, single-day ticket sales broke the festival record, while 30,000 additional people attended CeeLo Green’s concert, which was a free event in June at Novi Sad’s Liberty Square, celebrating EXIT’s birthday.

The Fifteenth edition of the Best European Festival will be marked by EXIT ADVENTURE, held from July 10 to 14, 2014 at the Petrovaradin Fortress in Novi Sad, only to continue at SEA DANCE Festival, from July 15 to 17 at one of the most beautiful beaches at the Adriatic Sea, Jaz Beach, Montenegro. 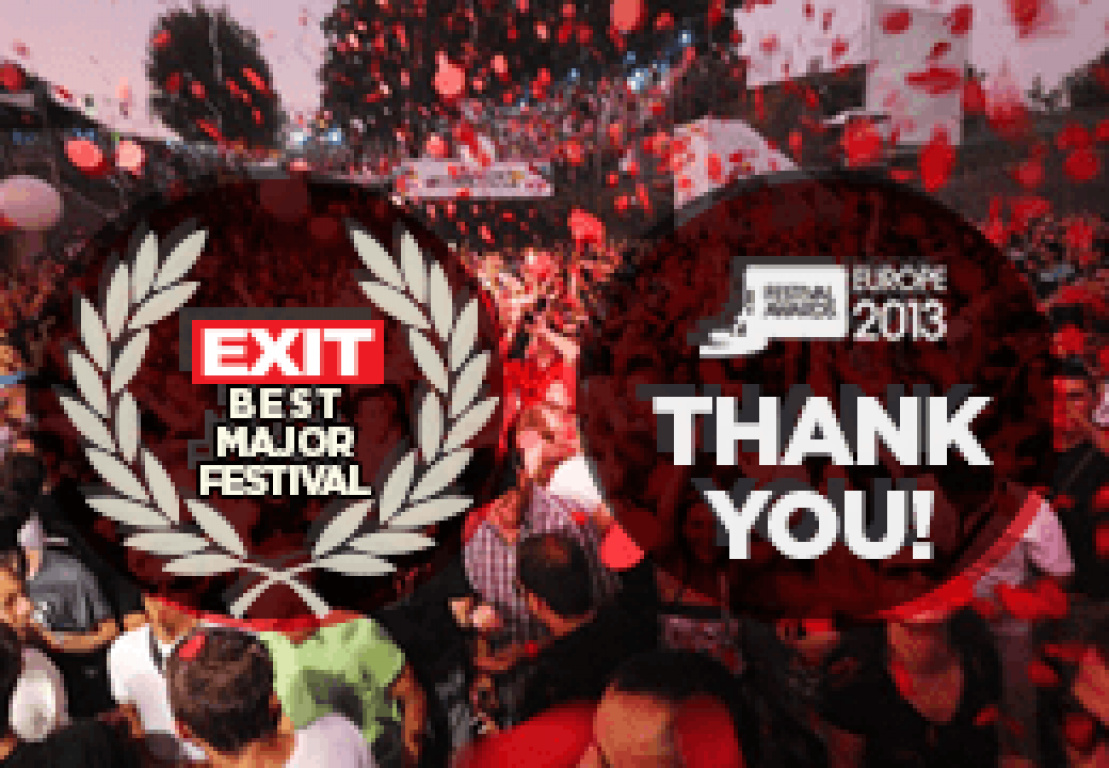