From today (Sunday, 27 October) Air Serbia switches to the winter flight schedule, which will last until 28 March 2020. 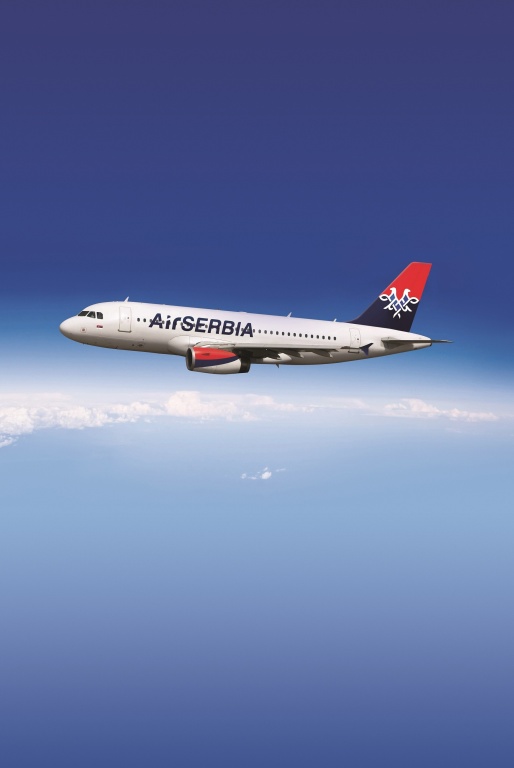 This year’s winter schedule of Air Serbia has been expanded with seven new destinations for which travelers have been most interested so far. The national airline will operate flights to Krasnodar three times a week, and for Madrid, Barcelona, Cairo, Rijeka, Helsinki and Kiev twice a week. Air Serbia will also increase the number of flights on popular routes such as the ones from Belgrade to Ljubljana, Skopje, Bucharest, Larnaca, Thessaloniki, Tirana and Venice. Lines from Niš introduced this summer will be active during the winter season as well, except for the summer season flights to Tivat. From its new base in Niš, Constantine the Great Airport, the national carrier will continue to operate flights to Bologna, Frankfurt Hahn, Friedrichshafen, Gothenburg, Hanover, Karlsruhe / Baden-Baden, Ljubljana, Nuremberg, Rome and Salzburg.

The most popular route remains the flight to Podgorica, with 21 weekly flights, followed by Zurich with 19 and Ljubljana with 17 weekly flights during the peak of the season in December and January. Among other, most frequent destinations are Vienna with 14, Paris with 13, Athens, Tirana and Zagreb with ten, as well as Skopje, Bucharest and Amsterdam with eight weekly flights in the same period. Daily flights to Berlin, Sofia, Sarajevo, Prague, Milan and Rome will be available during the peak of the season as well, with the same dynamics flying to Malta and Saint Petersburg during New Year and Christmas holidays.

“We are ready to welcome the winter season which will be very intensive, considering that in the previous period we have significantly expanded the network of our destinations and created another home base at Niš, Constantine the Great Airport. The winter flight schedule was created in accordance with the wishes and needs of our guests, so the largest number of flights is scheduled for the peak of the winter season, precisely to the destinations which generate the most interest,” stated Air Serbia’s CEO Duncan Naysmith.

In addition to direct flights to the most popular European and international destinations, thanks to code-share agreements with prominent international airlines, Air Serbia will connect Belgrade with cities such as Abu-Dhabi, Melbourne, Singapore, Bangkok, Hong Kong and many others around the globe.