On December 1, 2018, the day of the 100th anniversary of the unification of Serbs, Croats and Slovenes into one state, the Museum of Yugoslavia will open the exhibition A Day Worthy of a Century. 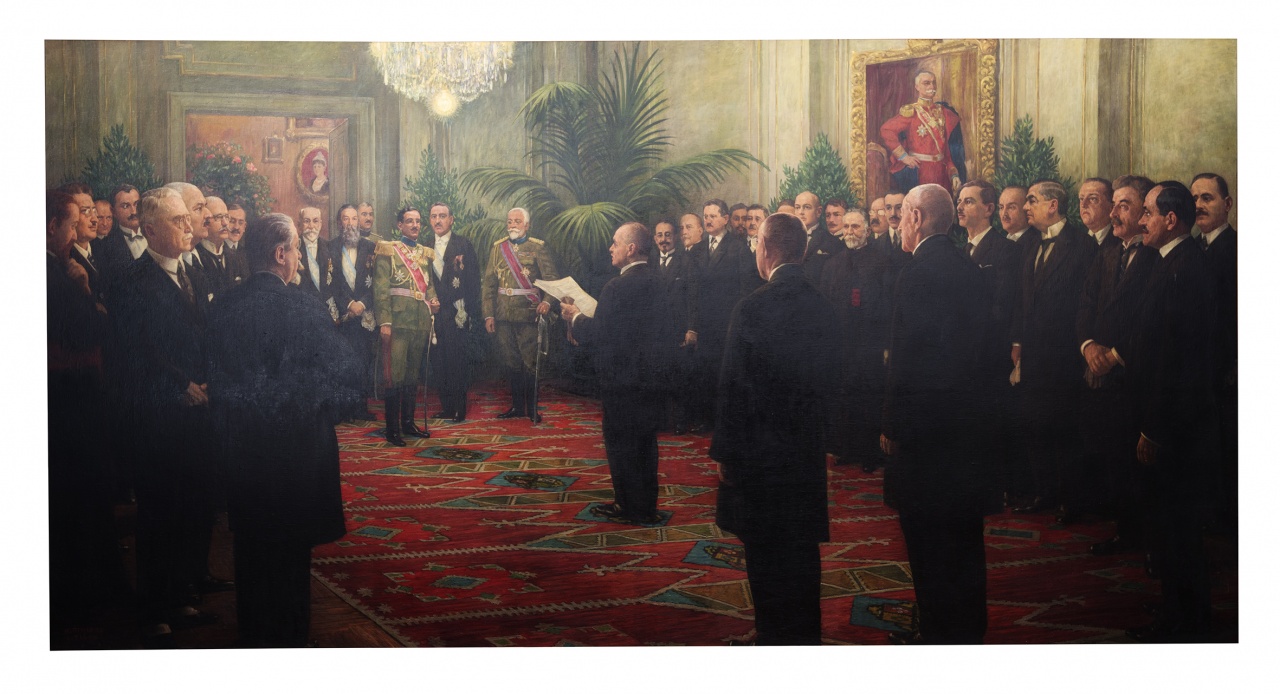 Due to the works in the May 25 Museum, the exhibition will be held in the Palace of Serbia in New Belgrade.

The Palace of Serbia was chosen for several reasons, the main being the fact that one of the designers of this magnificent object, which symbolizes the socialist Yugoslavia, Mihailo Mika Janković, was also the architect who signed the project of the first dedicated museum in Belgrade – the May 25 Museum (nowadays within the complex of the Museum of Yugoslavia). Both objects are monumental examples of modern Yugoslav architecture. The Palace of Serbia (formerly named SIV, abbreviated for Federal Executive Council, since it was the seat of the Socialist Yugoslavia's government) was opened in 1961 at the time of the First Non-Aligned Movement Summit that took place there, and the May 25 Museum in 1962 on the occasion of marking the 70th birthday of Josip Broz Tito.

The Museum of Yugoslavia is one of the few institutions in the region that is continually dealing with Yugoslavia and its history. The scope of research and musealization is focused on a wide range of different phenomena that mark the Yugoslav heritage and experience. Until a few years ago, the Museum of Yugoslavia’s fund was mostly related only to the socialist heritage. The realization of the exhibitions about the period of the first Yugoslavia brought new acquisitions that supplement the museum fund and legitimize the Museum as a relevant center for the study and presentation of the entire history of Yugoslavia.

In order to bring closer to the audience the circumstances under which a country with the lifespan of an average man was created, we decided to prepare the exhibition A Day Worthy of a Century. The team of exhibition authors is consisted of Radovan Cukić, curator, Veselinka Kastratović Ristić, museum advisor, Marija Vasiljević, curator (Museum of Yugoslavia), and Zoran Bajin, historian (University Library Svetozar Marković). The exhibition explains the creation of Yugoslavia as an act preceded by many years of cultural and intellectual elite’s advocacy for the unification of southern Slavs, but it also emphasizes how the visions of the creation of the Yugoslav state differed from one interest group to the other and through various periods. Besides archival documents, posters and photographs from that period, art paintings, sculptures, personal items, decorations and weapons will be exhibited.

The realization of the exhibition, mainly through the borrowing of objects and documents, was supported by over 20 institutions from the country and the region, and even more collectors and individuals. Among them are the National Museum, Belgrade; Military Museum, Belgrade; Archives of Yugoslavia; National Library of Serbia; Archives of Serbia; Ministry of Foreign Affairs of the RS; Belgrade City Museum; Museum of Arts and Crafts, Zagreb; Croatian History Museum; National Museum of Contemporary History, Ljubljana.

The narrative of the exhibition begins in 1904, when several cultural manifestations with a Yugoslav prefix were organized in Belgrade, together with the crowning of King Peter I Karađorđević and the celebration of the 100th anniversary of the First Serbian Uprising. The exhibition then follows the period of the World War I, through the prism of the struggle for unification, focusing on the war aims of the Serbian government, the activity of the Yugoslav Committee, and the attitude of the great powers towards the Yugoslav issue. The act of proclamation of unification on December 1, 1918 is the backbone of the whole exhibition. However, the exhibition does not end with the moment of the proclamation of the Kingdom of SHS, it also processes the provisional period, which lasted until the adoption of the Vidovdan Constitution in 1921. Although this year was chosen for the end of the exhibition, the visitor will have the opportunity to personally explore the main events that followed – until the outbreak of the World War II, the symbolic end of the first Yugoslavia.